In Ogdensburg on Saturday

On a hot spring day on Saturday the Canton Golden Bears track and field teams traveled the thirty minute drive to neighboring Ogdensburg for the 98th running of the Van Dusen Invitational. The girls team saw some outstanding individual performances and were witness to the boys teams taking their first title in twenty years!

The girls day began with Lexi Stuntz battling for the first time ever to a 5th place finish in the 200 meter steeplechase. For those who aren’t familiar with the event it consists of running 2000 meters while jumping over immovable barriers, one of which contains a water pit. An outstanding debut for sure! Makayla Douglas then sprinted to a 4th place in the 100 meter dash against a tough field of Section X girls and girls from Lowville, Saranac Central and Indian River. Grace McDonough raced to a 7th place finish in the 800 meter run, Johanna Tupper to a 4th place finish in the 3000 meter race, and the 4 x 800 relay team comprised of Freshman Lexi Stuntz, Freshman Haley Burnett, 8th grader Bennett Schmitt and Junior Grace McDonough finished in 4th place in a very fast field. Rori McCarthy had a huge personal best in the 400 race running a 1:04.2 which was good for 7th place! The big finisher on the afternoon for the Bears was Maddie Hoy in the jumping events. Hoy finished in 5th place in the high jump, 6th place in the long jump but jumped a personal best in the triple at 32 feet, 3 1/2 inches, losing by only a half an inch to Azarya Raper of Indian River. 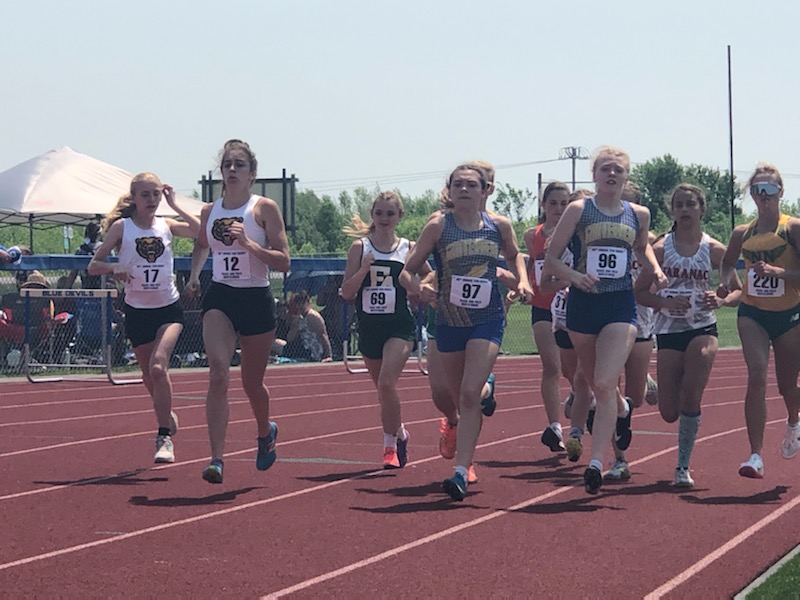 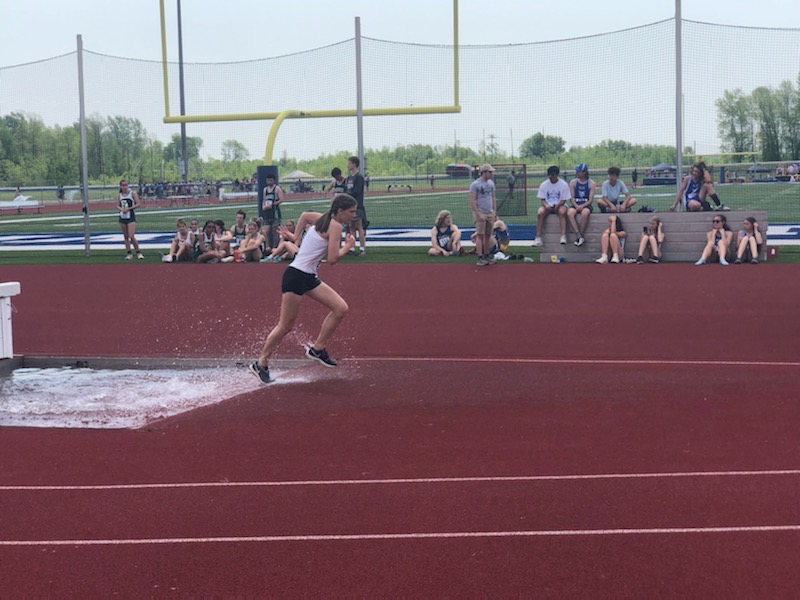 The boys were cautiously optimistic with their chances and given the fact they a couple of key injuries to Chris Downs and Zach VanBrocklin the week prior to the event left a questions mark with regards to whether they would compete or not.

Seniors Hayden Bregg, Miles Genebien, Brendan Nolan, Nick Lyndaker and Max Finley would surely dine at the buffet as Coach Greg Kiah would call it. They always fill their plates with the distance events and can likewise be counted on to accumulate points for the team. They surely delivered on Saturday! With Coach Deb Lyndaker’s guidance the previous week with work in the steeplechase event, Max Finley was able to set the tone for Bears winning the event while freshman Daniel Armedariz-Huang was able to grab 5th place in the grueling event. The Bears never looked back!

Nick Lyndaker would bring home the outstanding runner award collecting 32.5 points by himself and Nolan continues to be solid providing much needed depth in the distance races. Bregg had arguably the toughest day for the Bears as he faced not only the usual field of strong sprinters in Section X, but also needed to battle with the likes of some tough athletes visiting from Indian River and Saranac Central. Bregg’s third place finishes in the 200 and 400 were surely the most difficult points of the day for the Bears, which made his 52.1 second anchor leg (according to Coach Porter’s watch) of the winning 4 x 400 meter relay that much more satisfying. A sweep of the 800 meter race by Lyndaker, Finley and Gendebien gave some much needed relief to the coach’s’ anxiety that the day would belong to the Bears! Vincent Nelson Fuse’s 1st place and Chris Down’s 4th place in the high jump and the boys were on their way to good things!

The senior line-up did what they were expected to do. It were some pleasant surprises, however which pushed the Bears over the finish line and on to take their first Van Dusen title in 20 years. Cooper Ladouceur and freshman Lucas Watt each scoring in the Pentathlon, freshman Daniel Armendariz-Huang’s 5th place finish in the 3000 meter steeplechase, Zach VanBrocklin’s 5th place personal best in the shot put, freshman Kaden Worthley’s 5th place finish in the 3200 meter run and Ayomi Odetoyinbo’s third place discus hurl all contributed to the much needed total.

The day ended abruptly with a thunder and lightning which Coach Kiah excitedly played off as a fireworks for the Bears!

The teams will be at home this Tuesday as they compete in a dual meet against Massena on Senior Day! WE OUT! 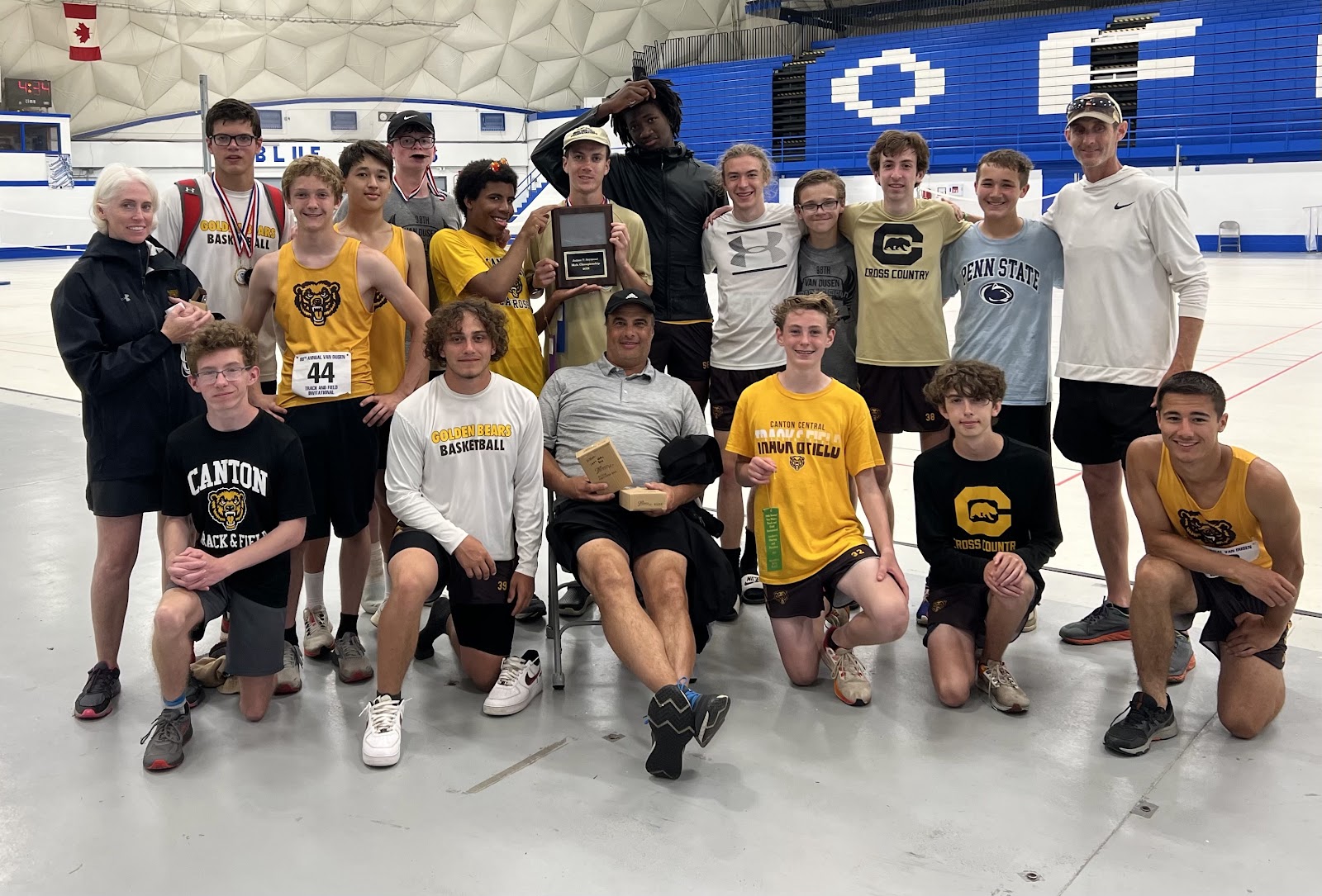 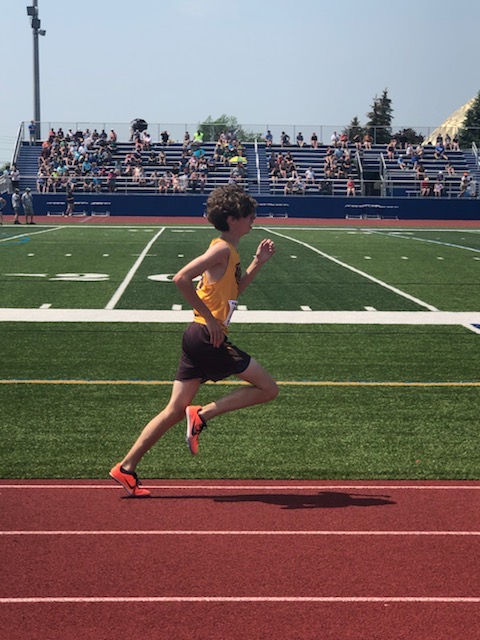 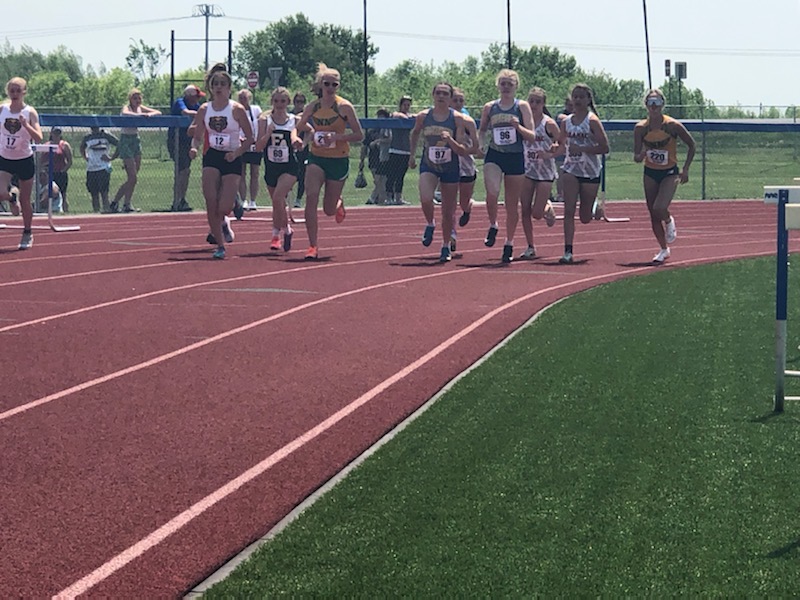 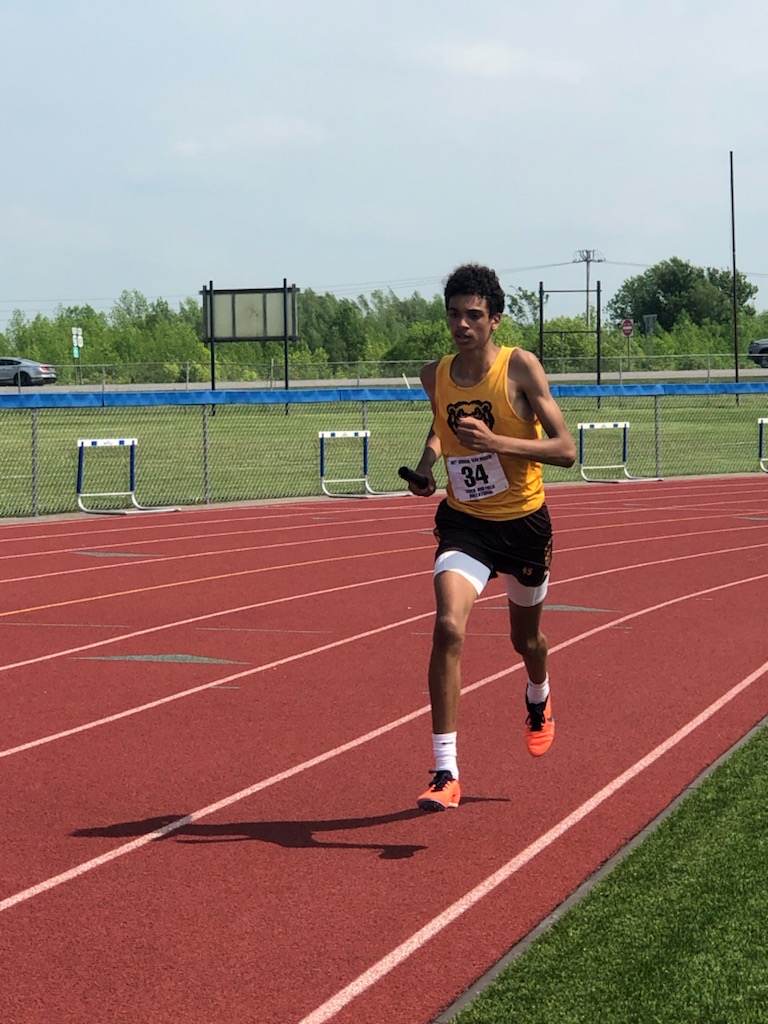 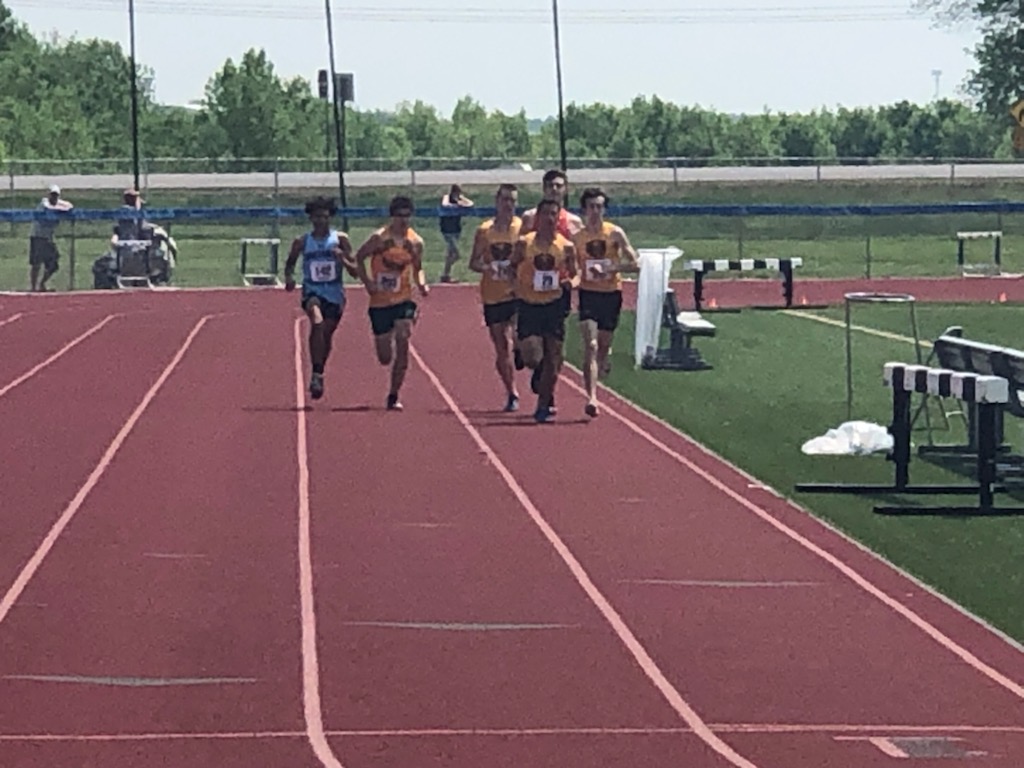 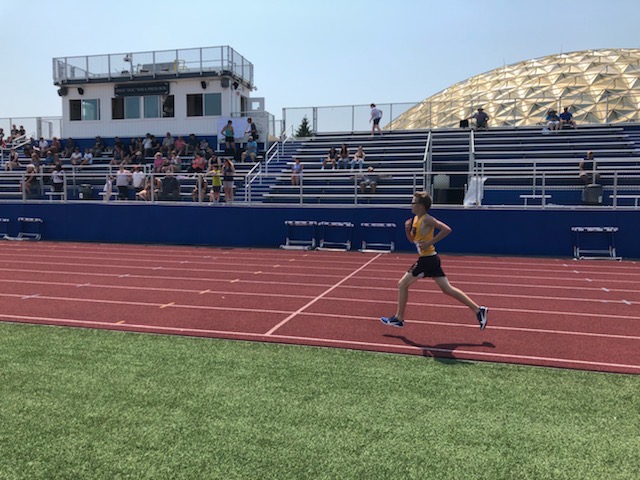 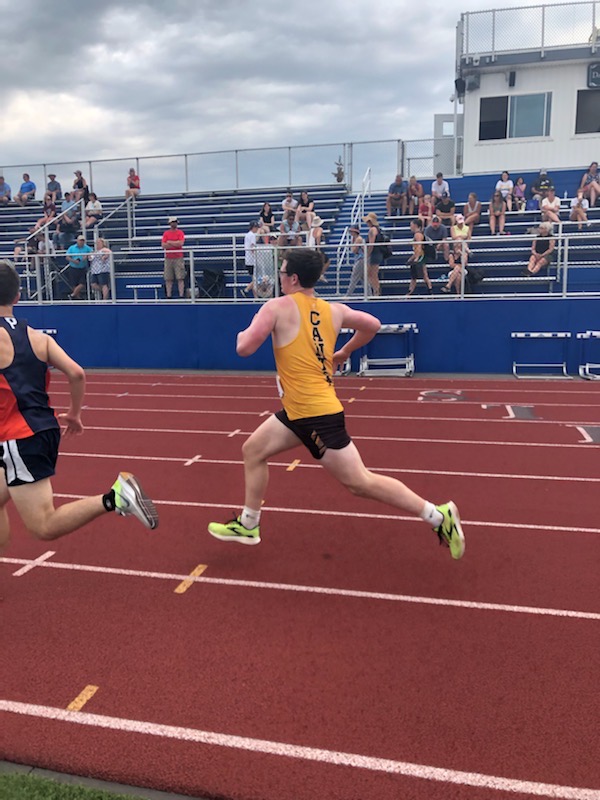 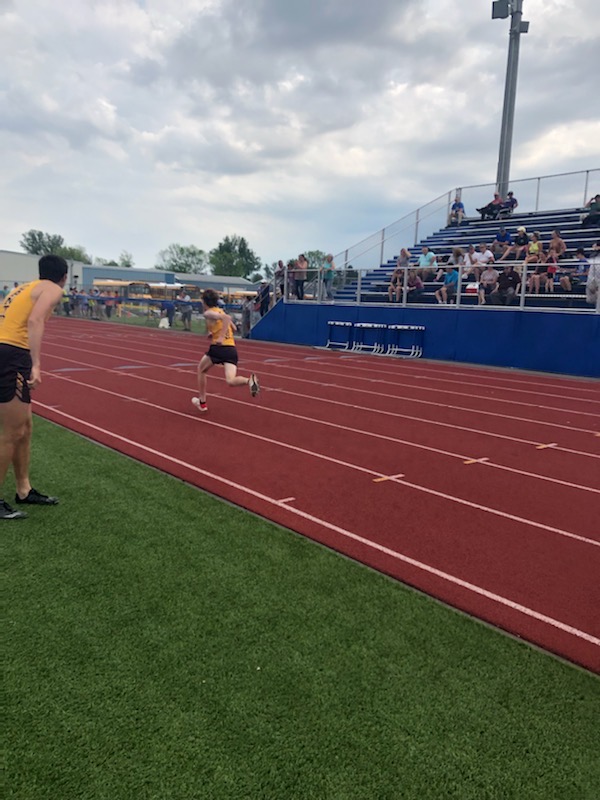 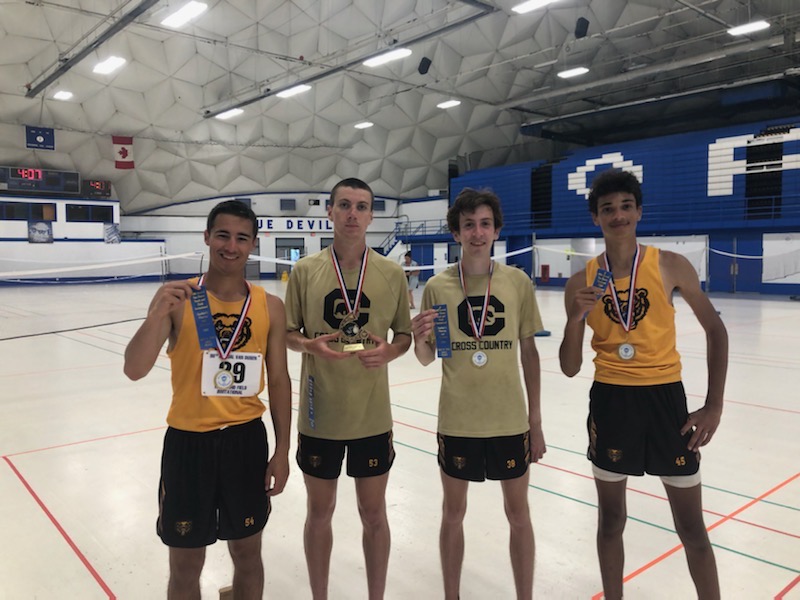 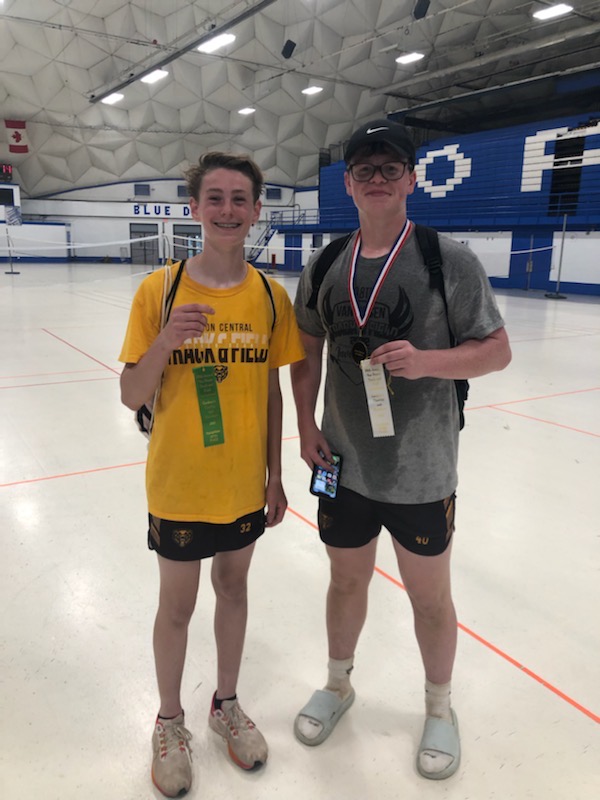 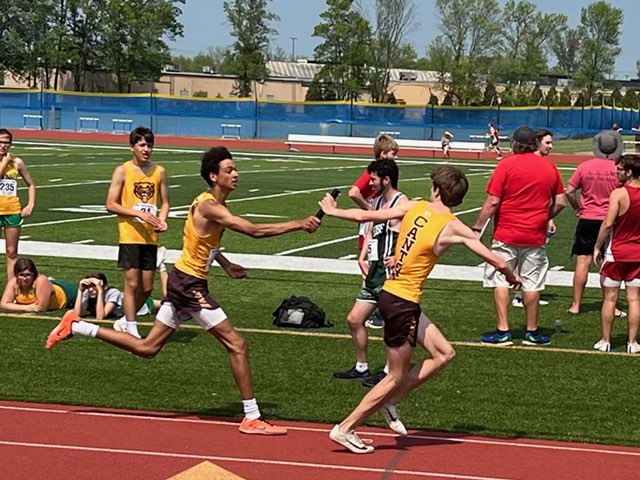 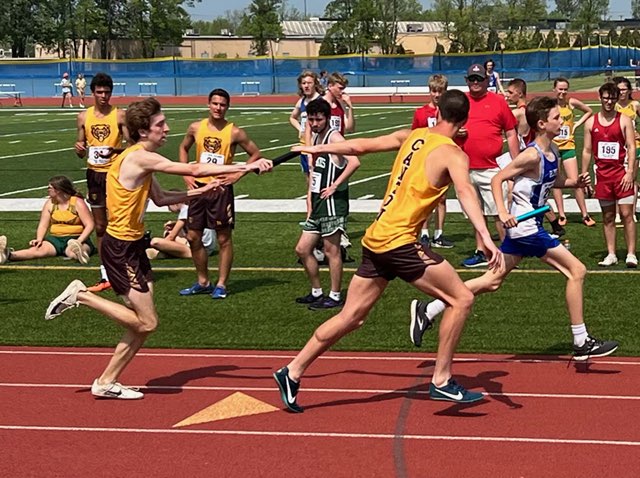 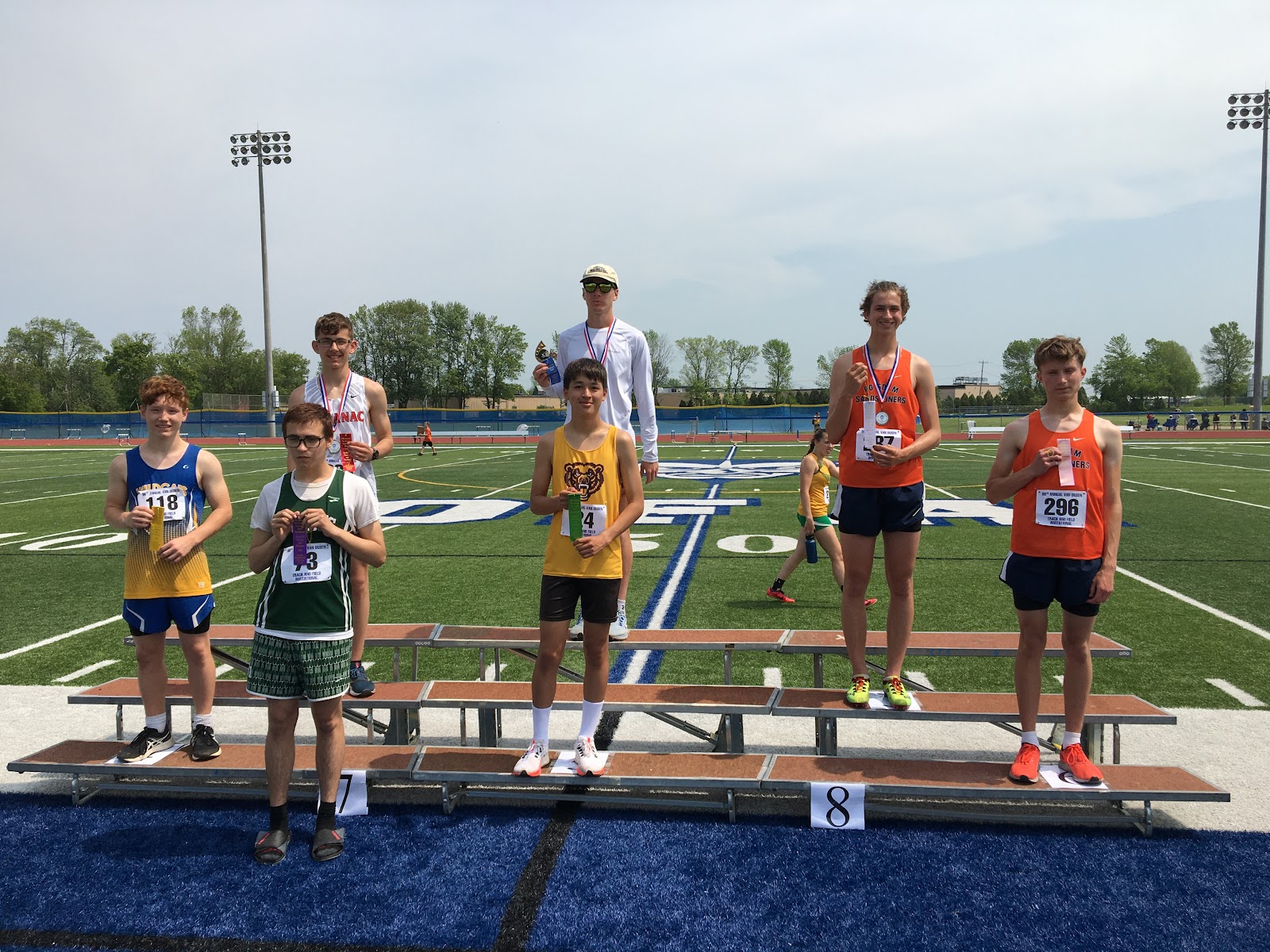 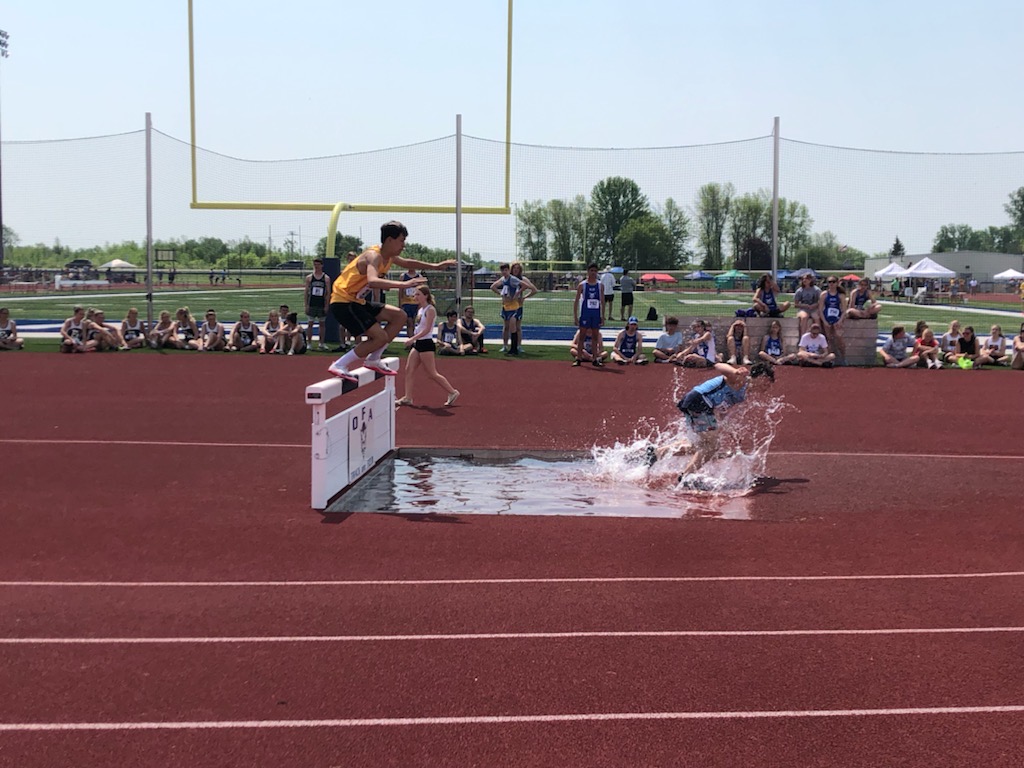 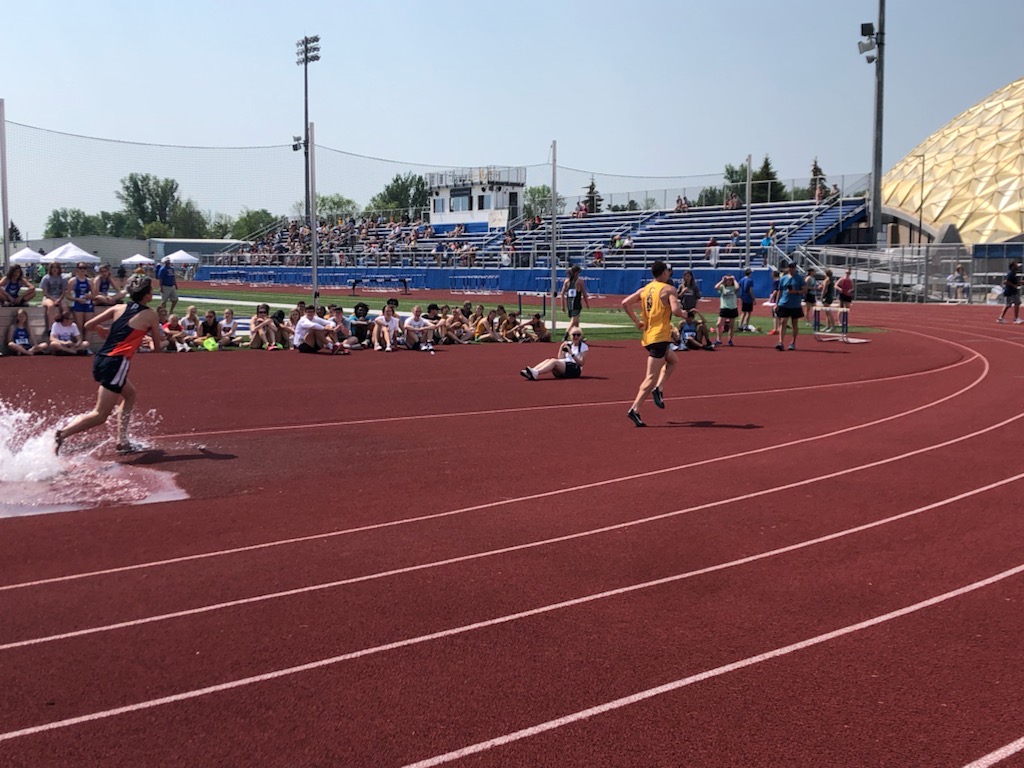 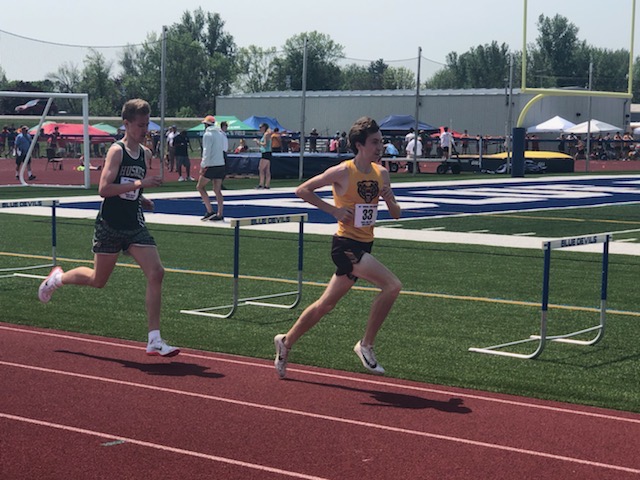 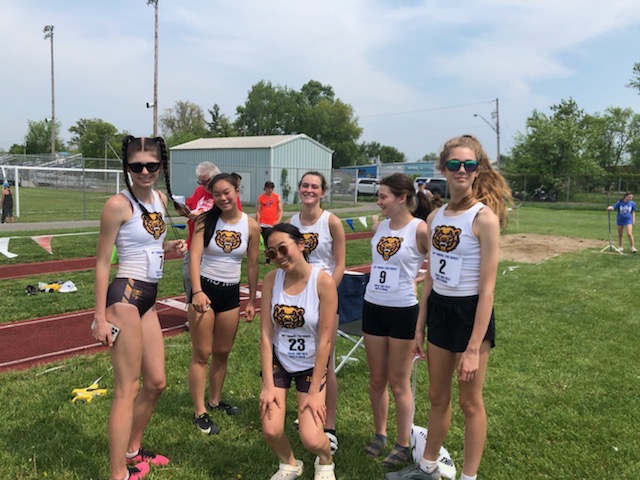 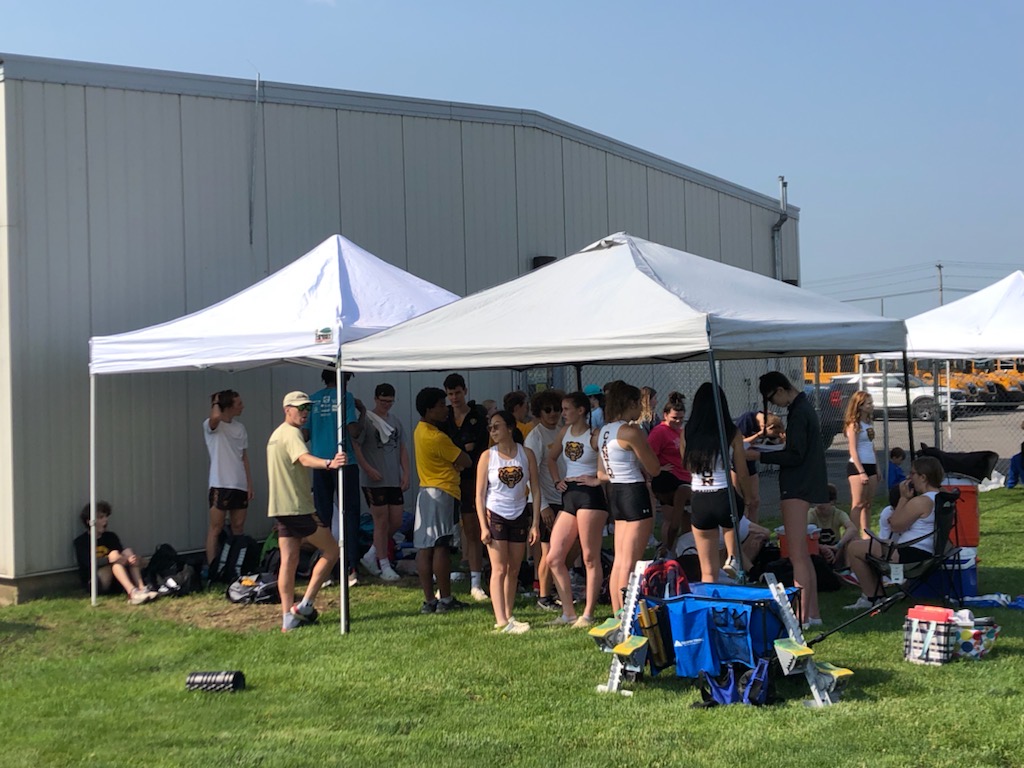 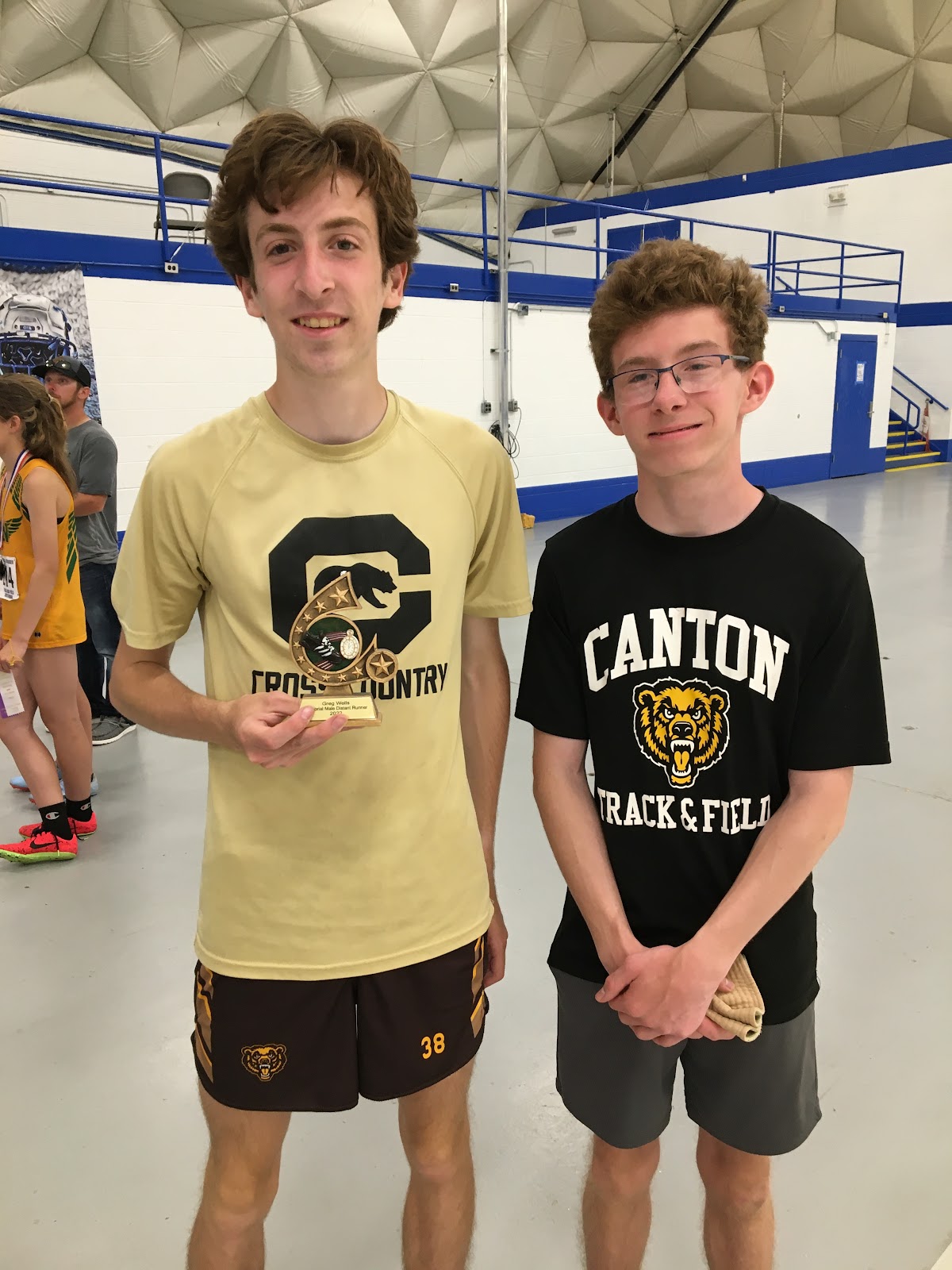 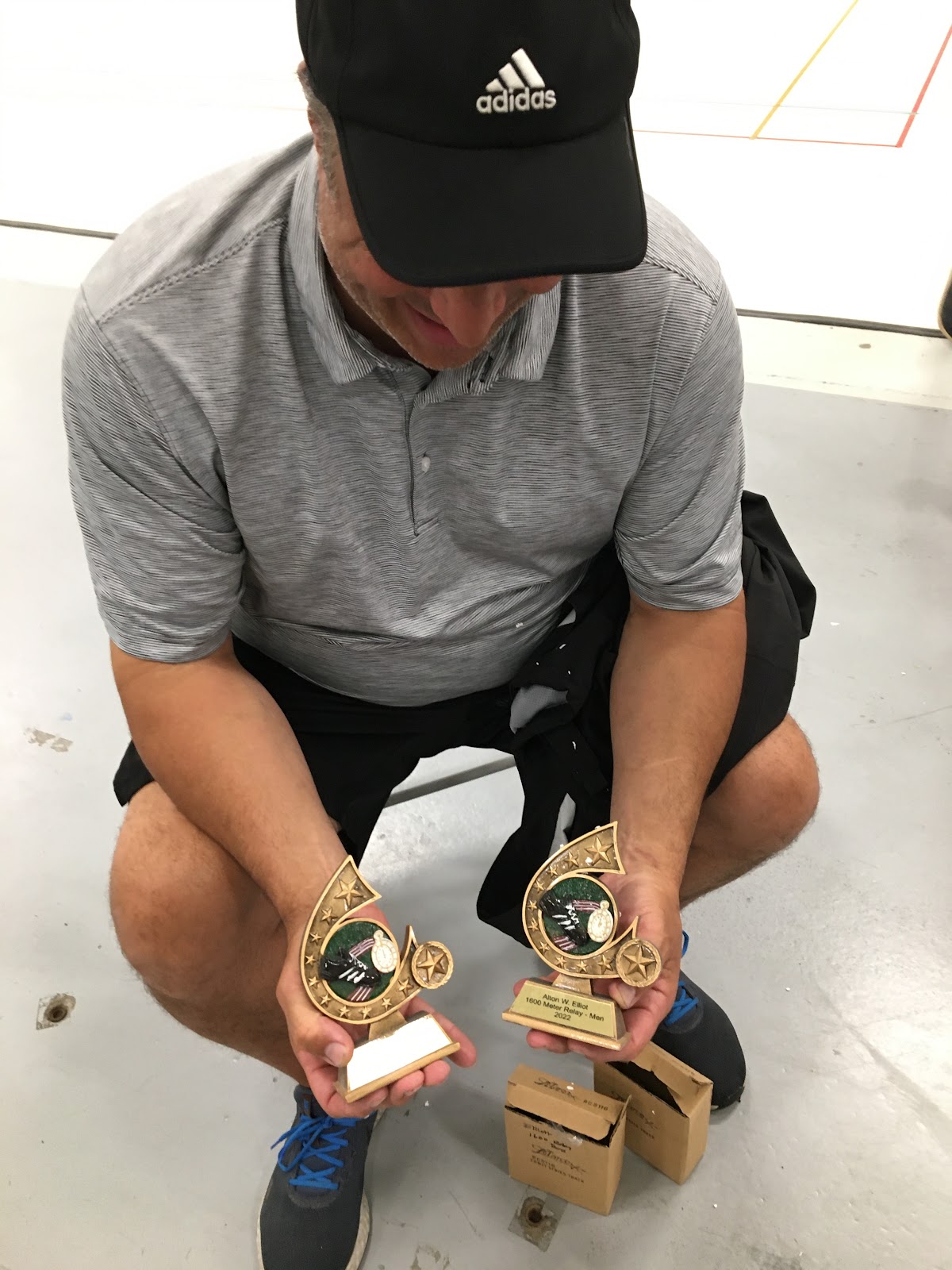 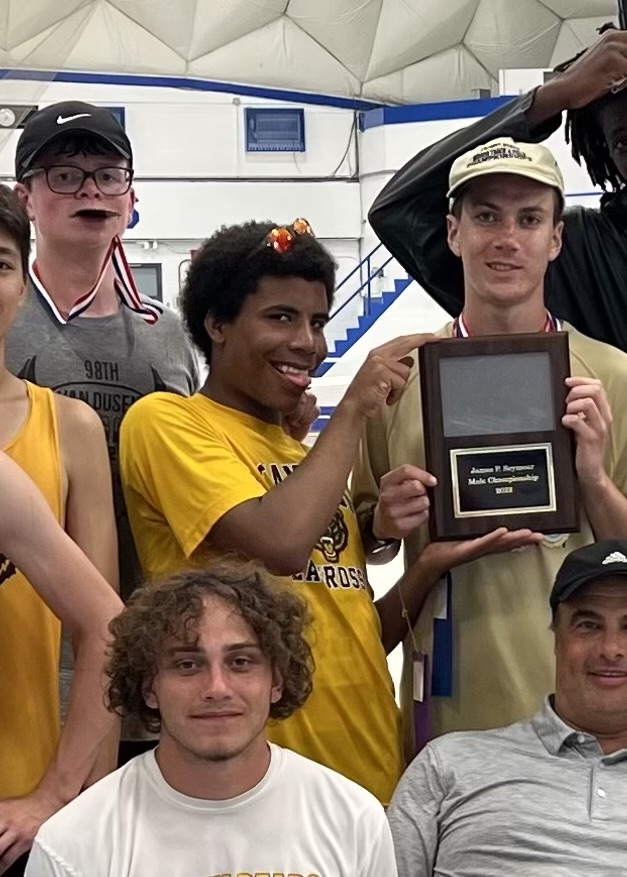